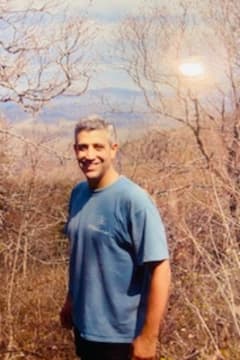 Mark was born on September 5, 1957 to Patricia Ann Palma in New Haven, CT and was the oldest of five children. He was raised in Clinton, CT and graduated from the Morgan High School. He spent much of his time in his youth with his Nana who he adored, Louisa Anastasia, in the restaurants that she owned in the New Haven area. His love of diverse cuisine carried into adulthood and one of his favorite pastimes was cooking, and in particular, dishes that honored his Italian American heritage.

Mark joined the Army in 1980. After completing Officer Candidate School, he was commissioned as an infantry officer and served at Fort Benning Georgia and the Republic of Panama. A graduate of the Army’s Parachute school, Jumpmaster school, and Ranger school, Mark applied to Army flight school, and was accepted into the class that began in June of 1984. Upon graduating from flight school, Mark served in the 17th Cavalry Squadron (AirCav) in the Republic of Korea, where he was stationed at Camp Garry Owen along the demilitarized zone (DMZ). After his tour in Korea, Mark was trained in CH-47 Chinook helicopters and was stationed in Fairbanks Alaska, for 4 years, where he was involved in search and rescue missions in some of the coldest and highest wilderness areas in the US.

In 1991, Mark was admitted to the Defense Language Institute where he graduated in Russian. After completing his studies in Russian, Mark was admitted to Columbia University where he obtained a Master’s Degree in Foreign Affairs. Mark made the difficult decision to leave the Army while at Columbia, accepting a job at Dunn and Bradstreet in Russia, where he lived and worked for 3 years.

Mark was a brilliant student and had a love of learning. In addition to the educational experiences mentioned above he also earned a Bachelor’s Degree from Indiana University by attending the Army’s Degree Completion Program, a Master’s Degree in Personnel Management from LaVerne, and an MBA at the University of Chicago.

He had a larger than life personality and smile, a great love of travel, and was always up for an adventure. One of his favorite activities was skiing and he spent many years volunteering for Mt. Snow Ski Patrol in Vermont. Mark was also an avid reader and you could almost always find him with his nose in a book. He loved to sing, with one of his favorite songs being The Impossible Dream (The Quest) by Andy Williams. These lyrics exemplify Mark’s philosophy of life. Life was precious to Mark and he made the most of each moment. We can still hear him saying, “Carpe Diem.” He will be dearly missed.

A service will be held on Tuesday, January 4th at 11 am at All Saints Cemetery in North Haven, CT. There will be an additional virtual Celebration of Life in February so the many friends he made worldwide over the years can be in attendance.

Condolences and memories may be shared at: https://www.gatheringus.com/memorial/mark-pitts/8473