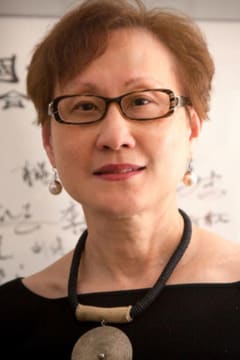 Jing Wang, the S.C. Fang Professor of Chinese Languages and Culture, and a longtime member of the MIT faculty in Global Studies and Languages and Comparative Media Studies/Writing, passed away on July 25, 2021 in Boston after a heart attack.

For decades, Wang was a leading scholar of the intersection of media and activism in China. Following a bachelor’s degree at National Taiwan University, she studied comparative literature at the University of Michigan and then at the University of Massachusetts, where she earned her PhD. She continued her focus on literature at Duke University, where she was faculty for 16 years and authored her first books. 1992’s The Story of Stone, which was awarded a Joseph Levenson Book Prize for the year’s best book on premodern China, explored traditional Chinese literature, but her next book, High Culture Fever: Politics, Aesthetics, and Ideology in Deng’s China (1996), marked a move toward her study of Chinese media more broadly.

Her subsequent work, both as a scholar and nonprofit leader, sought ways to empower Chinese grassroots organizations, particularly within the context of digital and social media literacy. Though she perhaps became best known for her 2009 book Brand New China on advertising and Chinese commercial culture, she was also at the time writing and presenting about a new project, the nonprofit NGO2.0. She and China-based collaborators launched it to help local organizers use social media to be change agents in a country where social media is often held suspect. “She was my esteemed mentor and also great friend,” says Rongting Zhou, a professor at China’s University of Science and Technology who came to MIT as a visiting scholar in 2007 and later helped Wang develop NGO2.0. “She and I overcame many difficulties and made remarkable achievements in China.”

Wang’s turn to an academic look at Chinese activism was reflected in her most recent book, The Other Digital China: Nonconfrontational Activism on the Social Web (2019), that one reviewer called “a way forward for those in China — and perhaps elsewhere — who want to make progress within a totalitarian state.” She had readers come away understanding that activists in China are savvy actors, not stuck with a choice between full acquiescence or resistance.

She joined the MIT faculty in 2001, as a professor in the Foreign Languages and Literatures (FL&L) section of the School of Humanities, Arts, and Social Sciences, and soon found a second home in the Comparative Media Studies section. She served as FL&L’s head from 2005 to 2008. The CMS position later became a joint and then primary appointment. She had a profound impact within MIT. Her signature subject, “Advertising and Media: Comparative Perspectives,” enrolled nearly 300 undergraduate and graduate students since Wang developed it in 2002. She was an advisor or committee chair for eight CMS master’s theses, and she served for years as the Chinese minor advisor. And her service on dozens of departmental and Institute-level committees aided with everything from increasing faculty diversity to the essential smooth running of academic programs.

“Professor Wang was my beloved mentor at CMS — a mentor to academics, entrepreneurship, and life,” says Han Su SM ’20, one of Wang’s advisees. “Though I have left school, the mentorship I received from Jing will stay for a lifetime. Though Jing has left us, her wisdom and courageousness will forever live with us and constantly inspire us to fight for the greater good.” Another 2020 CMS master’s program alum, Iago Bojczuk, wrote in a tribute on Facebook, “I tried to learn as much as I could from her as I navigated the obscure rules of grad school as an international student. She often would encourage me to do things differently and not necessarily follow the standard pathway that seemed obvious. I felt she understood me and the hybrid worldviews and lived experiences that shaped me.”

Her contributions to MIT — and academia generally — didn’t go unnoticed. Wang received fellowships, grants, and other honors from the Radcliffe Institute for Advanced Study, the Chinese Ministry of Education, the Ford Foundation, and even her students in the form of MIT’s Levitan Award for Excellence in Teaching. In the nomination letter for the Levitan Award, a student wrote that “Professor Wang consistently challenges our viewpoints and ideologies and makes us think more profoundly about Chinese culture and history. She has reawakened a curiosity for cultural understanding and new perspectives that I have only ever experienced abroad and I am so grateful to have that joy for something other than technical engineering.”

Beyond that, though, she will be remembered for her care for others. She hosted Chinese students at her house each Thanksgiving. She raised money for an artist travel fund set up in memory of her late daughter Candy. And she served as a professional advocate for so many in the MIT community. “Jing was an incredible colleague, mentor, and friend to so many,” says professor of comparative media studies T.L. Taylor. “I often think about how she would host dinners for students, friends, and colleagues during the holidays when people might find themselves on their own. Her thoughtfulness and generosity was something I deeply admired.” Likewise, part of her institutional legacy is as a hiring or promotion committee member for Comparative Media Studies/Writing colleagues Ian Condry, Paloma Duong, and Paul Roquet. In response to news of her death, Professor Condry said that “Jing was a model friend and academic, a force of nature who tackled all projects with integrity, compassion, and commitment.”

Professor Emma Teng, director of MIT Global Languages, knew Wang since Teng herself was a child. She echoed others' sentiments: “Jing was a warm, generous, caring person, fierce in fighting for causes she believed in and for the less advantaged. She was a dedicated mentor to so many of us, and cared deeply about social justice for Asian Americans.”

There will be a private memorial service. ​Those looking for a way to honor Professor Wang’s memory are encouraged to donate to the Candy R. Wei International Travel Endowment Fund at the University of Michigan, which Wang established in memory of her daughter. Learn more at candywei.org