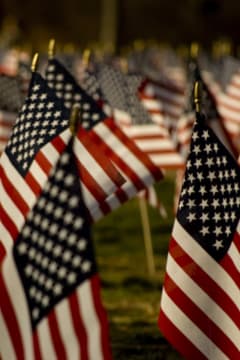 George Nathaniel Lumsby was born in Harlem on December 20, 1935 to James and Selena Lumsby (of Antigua and St. Kitts, respectively).

From an early age, George was a gifted piano player, whose favorite piece was Rachmaninoff’s prelude in C sharp minor.

Despite the streets of Harlem not exactly being conducive to a young man who played piano, his love of music remained untainted, and he retained this love throughout his life.

In his late teens and 20’s, he and his betrothed (future wife) Jean Lumsby would goto Birdland and The Apollo theater to hear Charlie Parker, Chick Webb and Ornette Coleman play and dance the night away.

George was an active duty serviceman between the Korean War and the Vietnam war, and was called back to serve during the Berlin crisis.

After graduating from the city College of New York and Hunter college with a masters degree in industrial psychology, George began working in HR, eventually for IBM, Merrill Lynch, Phillip Morris. Later on he founded his own firm which provided retained search for distinguished clients like Fabergé, PepsiCo, L’Oreal and Pitney Bowes.

His work directly for the Chairman at Phillip Morris was particularly groundbreaking, as he helped guide the first Fortune 500 company in America to implement affirmative action. The achievements at Phillip Morris brought national attention, and George was often flown around to speak at conferences by the Society of Human Resources Management (SHRM).

George loved weightlifting and did martial arts in his earlier years. He also played a lot of basketball, sharing that at one point he did get a chance to “run up and down the court” with Wilt Chamberlain.

George moved to Boston in 2012 to live with his daughter Genieve and son-in-law Steve, and granddaughters Chloe and Katja.

In 2013, he studied the Bible and was baptized as a disciple in the Central Region of the Boston Church of Christ in Arlington Massachusetts.

Affectionately known as “Grandad” to his fellow members, he was always quick with a kind word and could be seen dancing whenever music was played or songs were sung.

Despite many physical challenges including fighting off kidney cancer, George was always positive and well known in the neighborhood to the team that worked at CVS, his “pizza guys,” his coffee shop, the Medford library, the Medford senior center, and many others.

After his move to Boston, George continued his love of sports, offering critical analysis of games and players, and relishing watching playoffs.

However, he deeply disappointed his daughter & family when he became a Red Sox, Celtics and Patriots fan after taking up residence here in Boston.

George regularly called just to say how much he loved Genieve’s cooking, the meals she prepared for him every week, the provisions she bought him, the doctors appointments she made for him, etc.

George was predeceased by his wife Jean, and is survived by his daughter Colette Lumsby; daughter Genieve and son-in-law Steve; granddaughters Chloe and Katja (Rankel); nephews and nieces Gregory Holder, Selena Nelson, Martin Cornish, Selena Cornish; and most importantly his sister Margie Cornish.

In lieu of flowers the family has requested that donations be made to the Medford Public Library or the Medford senior center at 99 Riverside Ave., Medford MA.

Relatives and friends are invited to attend a socially distanced viewing on Saturday from 9:30 -11:00 am in the DeVito Funeral Home 1145 Mass. Ave., Arlington. Burial will be held in Oak Grove Cemetery, Medford at approximately 11:00 am. A funeral procession will take place from the funeral home, or you can meet us on Playstead Rd., in front of the main entrance to the cemetery and follow along. A celebration of life service will be held on Saturday at 3:00 pm in the Boston Church of Christ, 75 Pleasant St., Arlington. Street parking on Pleasant St., is available however it is limited. Funeral home staff will be available to assist however possible. 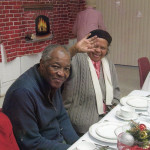