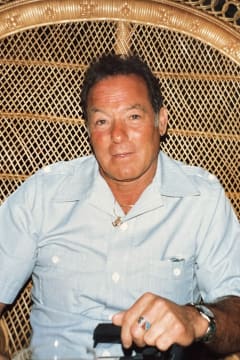 Frank joined the Navy in 1943 at the age of seventeen with a desire to service his country. With the occupation of a gunner on a Navy Ship during WWII, Frank served in the pacific. For Frank, one of the greatest benefits from his time in service was the opportunity to meet new people and visit new places. In 1946, Frank was honorably discharged with the rank of seaman first class.

Frank began his civilian employment as a foreman in the paint department in a novelty company. A few years later, he received a job opportunity with Raytheon. Starting out as a worker, Frank advanced in the ranks, ultimately retiring with Raytheon after 40 years. A lifelong Watertown resident, Frank has been a member of the Santa Lucia Society in Cambridge for 30 years and was at one time Vice President. Also a member of the VFW Post 8818 in Cambridge, he was a recognized advocate for Veterans, and was influential in the restoration of one of Watertown's WWII Veterans' Memorials.

Funeral services for Frank are private under the care of the DeVito Funeral Home of Watertown.